However, as with many games of the genre, you’ll have to navigate a number of fights as you go across Aionios. The main principles of these conflicts are introduced to you gradually throughout the first eight hours of gameplay, and they are incredibly enjoyable.

There is still a lot to keep track of despite the tutorial’s generally slow pace. The Xenoblade Chronicles 3 Expansion Pass will soon include a new Challenge Mode, so now is the ideal time to master the game’s challenging yet rewarding combat system.

You must be familiar with five key fighting mechanics in Xenoblade Chronicles 3: Arts, Fusion Arts, Party Management, Interlinking, and Chain Attacks. Though the battle system is more complex than simply these five mechanics, if you master them, you’ll be well on your way to overcoming any obstacle Xenoblade Chronicles 3 may present.

Before we get to those, however, you’ll need to learn a little bit about Auto-Attacks, movement, and aggro. In Xenoblade Chronicles 3, you’re free to move about the battlefield as things play out in real-time. Your character will also auto-attack whichever enemy you have targeted, assuming they’re in range. Crucially, if you’re moving, your character will no longer be auto-attacking. This means you’ll have to choose between mobility and damage output.

We advise finding an ideal spot, planting yourself there, and then slicing the enemy to ribbons, only moving when you have to.

While you’re fighting, you’ll notice arcing lines between enemy combatants and party members. These lines represent the attention of the enemy fighter in question, otherwise known as Aggro. It’s the job of Defender classes to draw Aggro to keep the rest of the party safe. Aggro management is key to surviving in Xenoblade Chronicles 3. If you’re not playing a Defender class and you draw Aggro, move next to the nearest Defender to benefit from their defensive buffs.

Located in the bottom right corner of the screen, Arts are the bread and butter of combat in Xenoblade Chronicles 3. Arts range from area of effect attacks to stances, to party buffs. If in doubt, read the Art’s description in the main menu.

To get the most out of Arts, though, you’ll need to know about Cancelling and Combos.

Cancelling provides numerous bonuses, as well as increasing the recharge speed of Arts, and is almost always worth attempting. To cancel, time the use of an art to just after you finish an Auto-Attack. If you succeed, you’ll see a purple circle like in the image above.

Some Arts inflict special statuses which can be used to initiate powerful combos. These statuses are Burst, Topple, Smash, Launch, Break and Daze. Carry out Arts that inflict these effects in a certain order, and you’ll render them helpless. There are two main combo sequences that you should be aware of.

Apply attacks in this order, and your enemies will fall in no time.

Fusion Arts can be used by holding down ZR when one of your normal Arts and one of your Master Arts are both recharged. This will allow you to combine both attacks in one swing. Master Arts can be equipped after a certain point in the story, once you’ve unlocked the ability to change classes.

Using Fusion Arts will gradually increase your Interlink level and Chain Attack gague as well as allowing for some pretty nifty effects.

As with any JRPG, Party Management is key, as is choosing the right classes for the job. There are three types of classes in Xenoblade Chronicles 3: Attacker, Defender, and Healer. You’ll need a balance of all three to survive. Defenders are vital for drawing attention off of more vulnerable party members, while Healers are the only classes capable of reviving fallen allies. Without Attackers, you’ll run out of steam long before you finish the fight.

Crucially, after a certain point in the story, you’ll be able to switch the classes of your party members, as well as switch up which character you’re controlling mid-battle. Both elements are key both to character progression and to success in combat. Don’t be afraid to micro-manage.

Early on in the story, you’ll unlock Interlinking, a means by which your party members can fuse together into a more powerful form: the Ouroboros. Though you can Interlink at any time, we advise using Fusion Arts to increase your Interlink level, so that once you fuse, you’ll be able to trigger more powerful effects from your attacks. Once Interlinked, your Ouroboros will accrue heat, eventually overheating and ending the Interlink. Use your limited time wisely.

At the top right-hand corner of the screen, you’ll see your Chain Attack gauge. You can fill this in by using Fusion Arts. Once it’s full, press the ‘+’ button and you’ll initiate a Chain Attack.

During these attacks, the real-time combat will pause and you’ll be able to select party members to initiate individual attacks. Each party member only gets one attack as standard, though, so choose wisely. Before each round of attacks, you’ll need to pick a Chain Order which will apply a significant buff.

In this state, your attacks generate Tactical Points (TP). Each time you exceed 100% TP, you’ll carry out the order and expend a chunk of the Chain Attack gauge. Exceed 150% or 200% and you’ll get extra damage bonuses as well as extra attacks. Once the gauge runs out, your chain will be over.

Different classes and orders have different effects on the Chain Attack process: Attackers get a TP bonus if they’re the first to attack, Healers cap the gauge at 99% while Defenders allow party members to recover their attacks. Master Chain Attacks, and watch as those tasty damage numbers soar!

Well done, you are now well on your way to mastering combat in Xenoblade Chronicles 3. May your enemies tremble in fear. 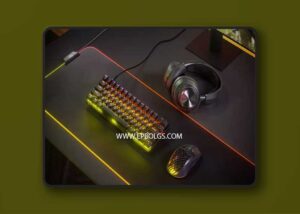